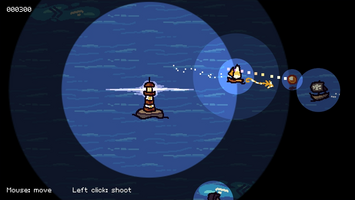 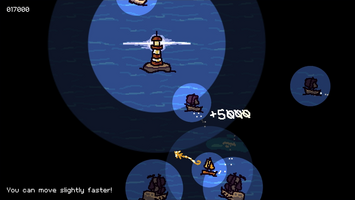 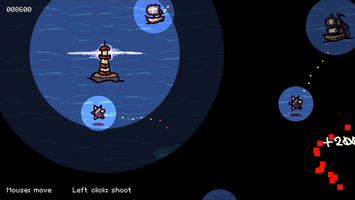 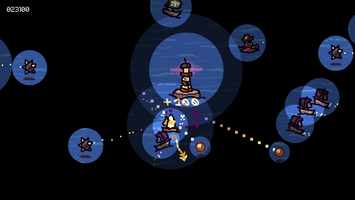 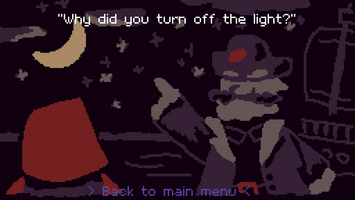 This Ludum Dare was intense. I learned many things (well, not an extreme amount of things, this is not my first game jam, but still).

Not bugs but still criticized:

To be fair, at the beginning of game development, when you shot in the lighthouse, it restored a little health. You could spam healing just fast enough to counter the enemy waves. Next I removed this effect. The second morning I added a boost on the bullet (current mechanic). After first release I made the lighthouse a little hurt to prevent attack spam & camping behind it.

Here is a fun thing about game ideas.

Hours before theme announcement, I made up a quick list of game ideas per theme, based on an advice I saw on a post. I quickly put about two ideas per theme. Except for Ruins/Fragile/Decay/Keep it alive, where I combined them into 4 game ideas. I didn't think one of those themes could make it. My favorite was "Outdated Technology".

The closest game idea to "Keep it Alive" I noted was "Astronaut on the terminator of the moon. Solar-dependent equipment. You must walk". It would be a platformer where you needed to stay in the light.

Next I woke up early in the morning (4-5 hours after theme announcement), and this idea was dropped. I brainstormed a few minutes, plugged in my graphics tablet, and drew a lighthouse (this is still the final sprite, except for some added shading). Everything else comes from this.

The good thing with rough hand-drawn art style is that you don't have to distinguish final graphics from placeholder ones. As long as you have a graphics tablet (or a good mouse, which I had for Snail Ragnarök).

So that's it for the fun thing about game ideas.

Protect your lonely home from the shadow pirates!